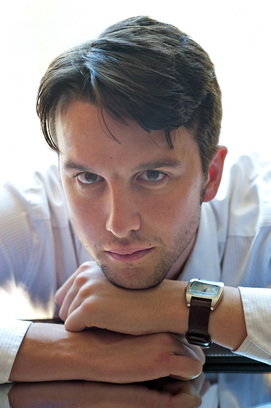 English tenor William Morgan’s work in 2021 includes Ferrando Cosi Fan Tutte for Longborough Festival, Marco The Gondoliers for Scottish Opera, and the world premiere of Cheryl Frances-Hoad’s Scenes from the Wild, a dramatic song cycle for tenor and orchestra, with the City of London Sinfonia. His high level of musicianship combined a keen theatrical awareness allow him to deliver a varied repertoire, and he has built strong working relationships with several major companies and leading musicians.


William made his first appearance with English National Opera in the principal role of Younger Man in Tansy Davies' Between Worlds at the Barbican Theatre, directed by Deborah Warner, in 2015. He was then invited to become a ENO Harewood Artist and has performed many roles with the company since, including Peter Quint The Turn of the Screw, The Writer in the premiere of Iain Bell’s Jack the Ripper, and First Priest/Judge in Birtwistle’s The Mask of Orpheus.


Significant roles elsewhere include Tom Rakewell The Rake’s Progress in a staged production with the Gothenburg Symphony Orchestra; Prunier La Rondine at West Green House Opera; and covering the Young King / Boy in the world premiere of George Benjamin’s Lessons in Love and Violence at the Royal Opera House.


He has also formed a regular association with Scottish Opera, first appearing with the company in the premiere of Lliam Paterson’s The 8th Door (written as a partner piece to Bluebeard’s Castle), and returning for roles including Flute A Midsummer Night’s Dream, and Tamino The Magic Flute, directed by Sir Thomas Allen.


William’s concert work includes performing at the BBC Proms in Vaughan William’s Serenade to Music conducted by Martyn Brabbins. He has worked with the Royal Liverpool Philharmonic, the BBC Scottish Symphony Orchestra, and the City of London Sinfonia, and has appeared at most of the major UK concert halls. He appeared as a guest artist for a performance of Das Lied von der Erde at the Royal Conservatoire of Scotland, conducted by Joseph Swensen.


An avid chamber musician, he has performed song recitals at the Wigmore Hall and the Oxford Lieder Festival, in repertoire including the song cycles of Schubert, Schumann and Britten, alongside premieres of new works. He has appeared on BBC radio and television, as well as channels overseas; his performance of The Rake’s Progress with the Gothenburg Symphony was filmed by Accentus.


William trained at the National Opera Studio and the Royal College of Music, London. Before pursuing a career in music, he read Chemistry and Mathematics at Durham University.

Please do not reproduce this biography.  For publicity materials, please see the contact page.